After a few real pretty days I am back on the hill today, Saturday, July 29th with a little blow from a summer cold (?) front.

The Gulf is just rough enough for it not to be fun and the forecast is for nice again tomorrow so it’s a short break. The folks I had to cancel on Saturday morning got rained out a few weeks ago though so for them it’s been a bad run of weather.

There have been lots of really nice days in between and we have been taking advantage of them. Plenty of Red Snappers on the weekends and Vermillions on the weekdays for everyone’s snapper fix.

The King bite has been pretty steady to down right HOT. We have had a few afternoons where all you needed to do was flip out a dead minnow, twitch it twice and you were on! Of course you had to know where to flip it out for the action to happen… We have been picking up some really nice Black snappers along with the Reds as well.

There seems to have been a little push of Cobias coming through the past 10 days. While most are “just” short, some of my folks have caught some fine ones and Capt. Phils clients have landed several big ones the past week as well.

I had a new fishing family catch a fine Black Tuna this week and we have found a couple schools of smaller Mahi to add to the excitement on a few trips. Still LOTS of Triggerfish around with some of ’em downright huge. I am very much looking forward to the State telling us just when this “fall season” they have proposed will be.

About the only species missing from the usual summer suspects are the Groupers. While we do catch the occasional fish they just haven’t shown up in close this summer. For those folks that tell me they “just want to catch something big that pulls hard” there are still plenty of AJ’s around to fill that requirement. We had one yesterday AM that went about 40 # within 7 miles of the beach. I’m not sure my client realized what he asked for when it started pulling so hard.

Lots of family Fishing the past 10 days and I think we have started a whole new generation wanting to come back on the Gulf as excited as some of these kids have been. It sure is fun to watch a youngster “get it” and start catching big fish on their own. 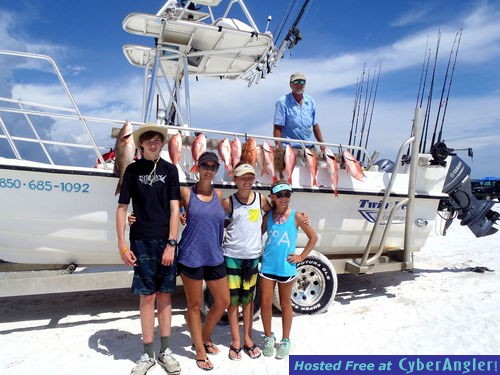 Family Fishin’ with the kids… and the kids caught Red Snappers, Black Snapper and even a Grouper. 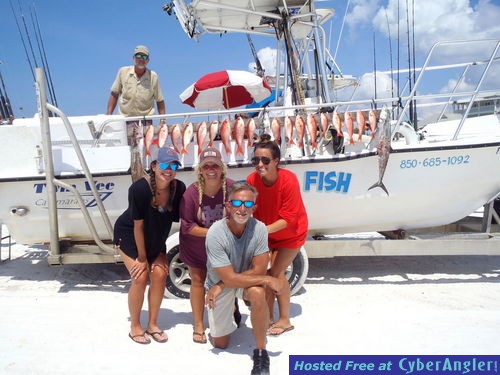 Another fishin’ family with Kings and Vermillions. 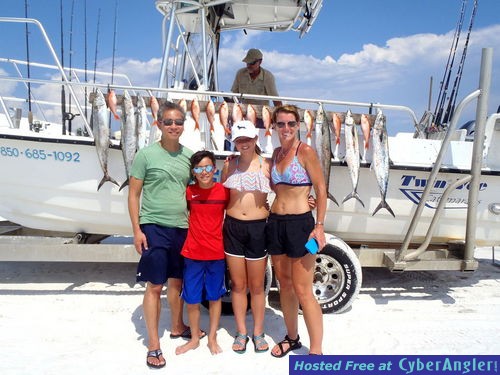 Just to prove the first group wasn’t a bunch of ringers, everybody can catch fish! 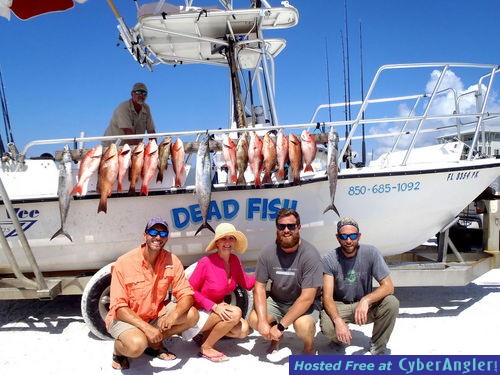 Some of the crew from Great Southern in Seaside showing they can not only cook ’em and serve ’em but they can catch ’em too. 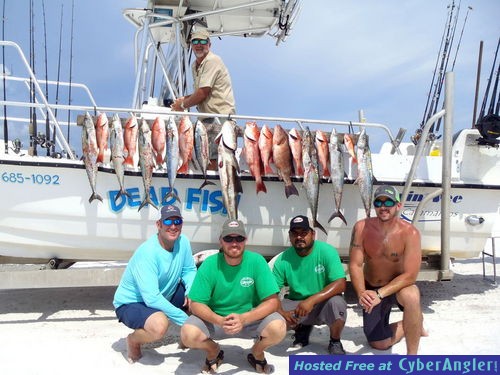 Another local crew. This is some of the Franks Cash and Carry folks from Freeport with a limit of Red Snappers, some Kings, a big Black Snapper and a fine bonus fish. The fellow that caught the cobia has fished here his whole life and said that was first. 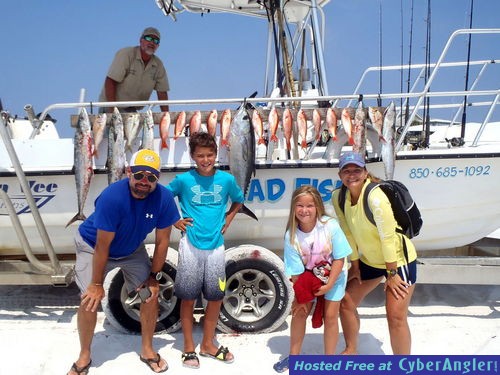 This family got a bunch of Vermillions and a pile of Kings to go with a big Blackfin tuna. 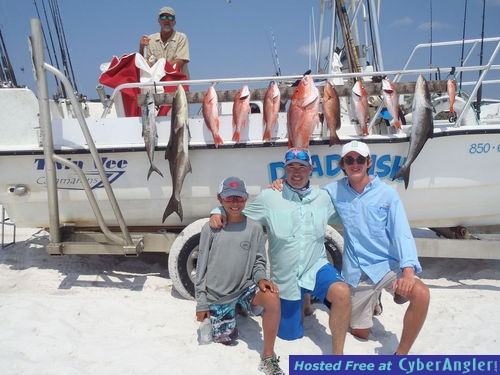 A pair of Cobia to go with a limit of Red Snapper. Look at the size of that one in the middle. You could fish a lot of years and never catch one that big….. these folks caught and released Amberjacks till they couldn’t wind anymore. 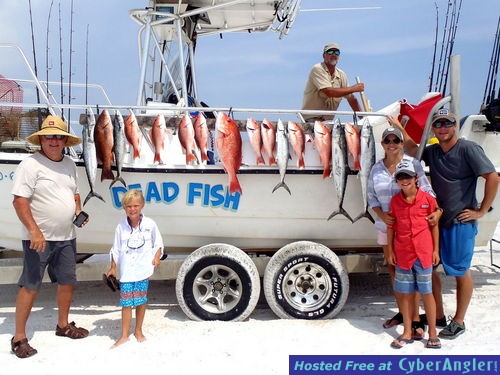 Some Kings, a nice Black snapper and a limit of Reds on a afternoon 3 hour.

I’m in Grayton for about another week before heading over to Indian Pass ’till Sept. I hate to miss so much great bottom fishing and trolling but I need to get some folks a Tarpon and/or a TripleTail fix…. and there is very little as exciting for me as grabbing the leader on a 200 pound tarpon or spotting a 25 pound tripletail sunning on the surface 150 yards away!