Our Fall Red Snapper season opened up Oct. 1st and we have had no trouble getting some great catches of the hard pulling tasty critters. Lots of other finny creatures too but the Snappers have been priorty 1! Thunderstorm Karen came along and we lost about 5 days fishing. Only one day to actual rough weather and the other 4 to bad weather forcasting. Hard to run a charter when you are under a hurricane watch and the forcast is for 8 foot seas….. even if the surf is really only 2 feet on the beach…. We seemed to have paid our dues with the weather gods (godesses?) though and it has been absolutely beautiful the past few days and the forcast calls for more of the same in the forseeable future. The Chamber of Commerce could not have ordered a nicer day than today and yesterday!

Here’s some pics from trips since the 1st of October.

This mornings board. We had a slick Gulf so I ran out about 12 miles and hit some reefs I hadn’t been to in a while. 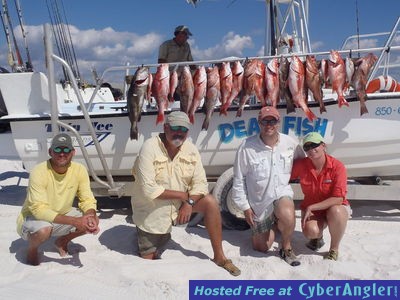 Limit of Fine Snappers and 7 (count ’em) Groupers on a 4 hour! 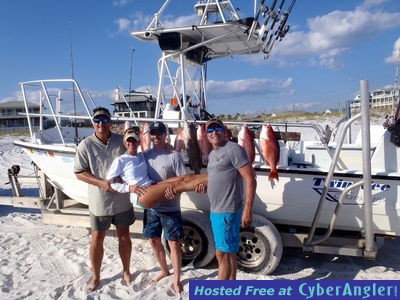 This afternoons folks not only got a big Grouper and some Big Red Snapper, they caught a Mermaid too! 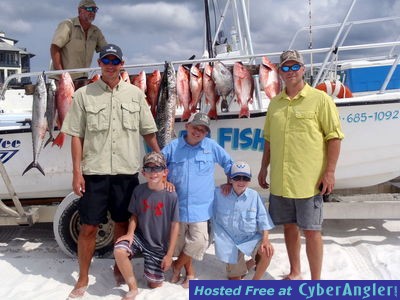 A limit of Red Snapper, some Kings, some Triggers…what more could you want?

This was the first trip after Karen, still a little bouncy so we caught a limit of Snapper quick and then came back inshore to find a HOT mackerel bite. Half of those are huge Spanish. 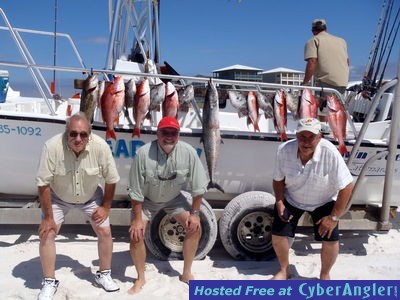 A limit of Snapper, limit of Triggers, a Grouper and a Big King. 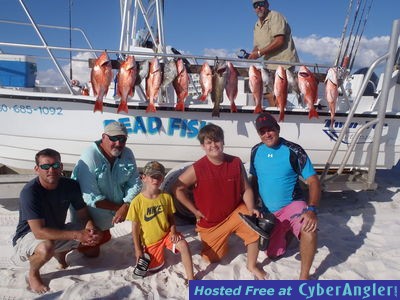 Grandad, Son, Grandson and buddies…the kids both caught a BUNCH of fish! 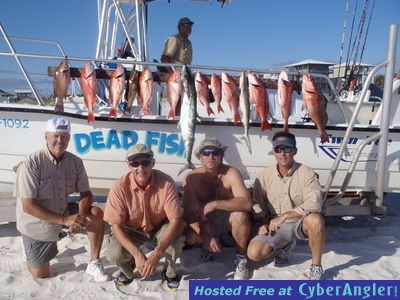 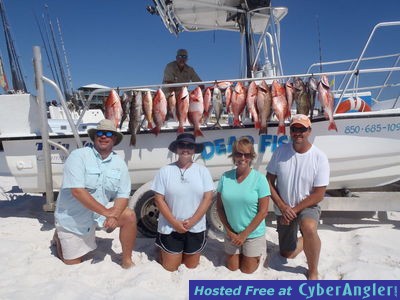 As usual, the Gals outfished the guys for this great catch. Some nice Scamp in there with the Reds, Blacks and Grouper too! 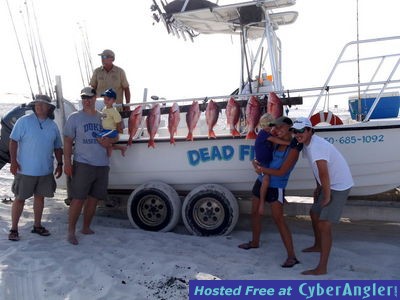 The kids didn’t go, the parents wouldn’t have had time to keep up with ’em with all the fish they caught. 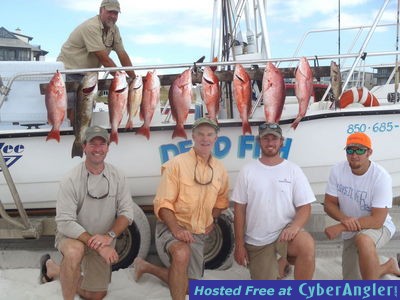 Opening morning with some of the Franks Hardware crew on a limit of Big Snaps and another great Grouper.

Snappers will remain open in State waters till the 21st so there is no excuse not to go fishing while it’s “easy”…. Of course the Flounders will start to show about then and the Kings and Triggers will usually really fire off about the end of October and the Groupers will feed more as the water cools so…..it may be “easy” for a while !

Get out there and catch something!